It’s no secret that France has serious assets when it comes to gastronomy and tableware! From good little dishes simmered with love by the fireside at the home of our ancestors, to essential bistro recipes, including the stoves of the greatest chefs, French cuisine has indeed acquired a sacred reputation beyond the borders of France. Hexagon. French traditions are passed down from generation to generation. 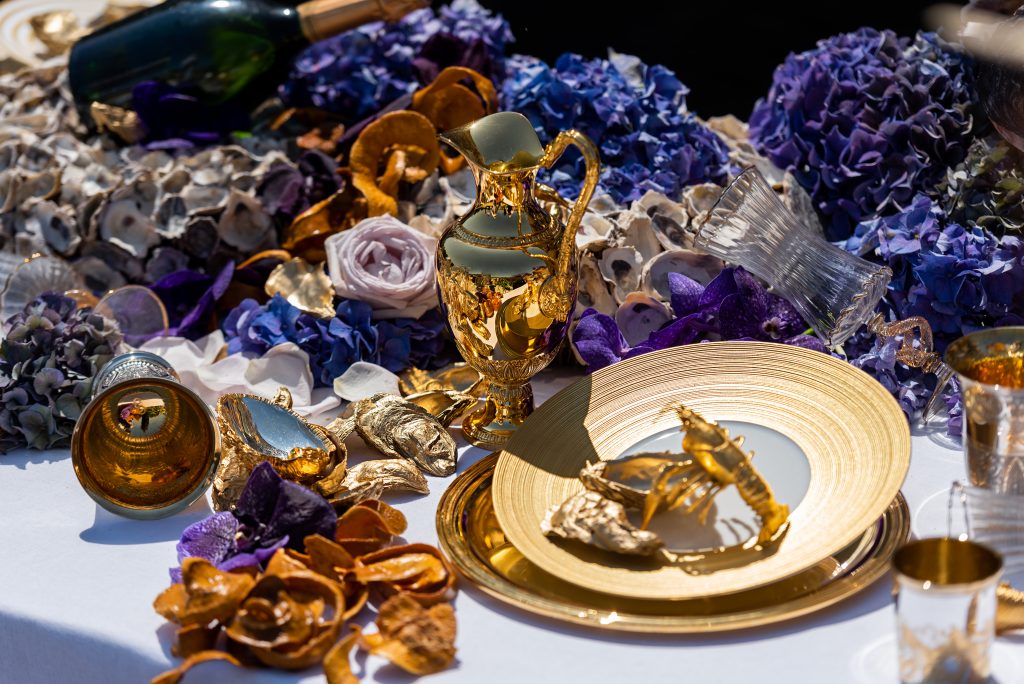 Besides soaking croissants in coffee and eating all parts of an animal’s anatomy, the French have positive eating habits that anyone could learn from. Despite the invasion of American fast food chains and a young culture more open to Anglo-Saxon influences, the eating habits in the traditions of the French are still perpetuated today, although many have predicted their downfall.

France remains a country where eating is seen as a pleasure rather than just a way to give the body what it needs to get through the day. They like to drink champagne. Therefore, the French have a way of doing things different from that of many other countries. Here are some of the eating habits we could all learn from.

Fixed meal times and no snacks

The French have always stuck to three meals a day and usually do not eat between meals. Children usually have a small after-school snack or afternoon tea, fruit or cake, but this is limited to a specific time, and adults generally do not snack. In the traditions of the French, it is normal to be hungry between these three meals and that does not mean raid the fridge or go out to buy chocolate.

Some would argue that the traditions of the French have their drawbacks and that the limited opening hours of French restaurants is one of the reasons for the enormous popularity of fast food chains, but the fact that many fast food chains are deserted. between meal times shows that the culture of three meals a day has been maintained.

For the French, the main meal of the day is lunch, with dinner sometimes being reduced to a secondary consideration. This makes sense, given that we have most of the rest of the day to go and have more time to digest the meal. A recent poll suggested that the French take longer for lunch than in other countries. Even if that also means that many fall asleep at their desks, apparently.

The reason the three meals a day diet continues is that the French like to eat together. And this does not only apply to families, it also applies to co-workers. While in the UK or the US a coworker would probably say, “I’m just going out for a sandwich,” in France your coworkers might find that strange, sad, or even rude. For the traditions of the French, eating is simply something much more pleasant to share. Even socially, the French are more inclined to go out to dinner than to go out for a drink. It’s almost unthinkable to go “have a few drinks” one night without dinner.

There is no specific menu for children in the traditions of the French. In Anglo-Saxon countries, restaurants serve children cheap, but less nutritious meals, like burgers and hot dogs, while French children are expected to eat the same as adults. It instills healthy habits from an early age and encourages them to be more open to trying new foods. Little attention is paid to “picky eaters” as French parents consider healthy eating a skill to be taught from an early age. Even in schools, this is a priority and balanced three-course meals are a must in canteens.

Traditional French cuisine is based on fruits, vegetables and meat, produced at home or on local farms. Of course, supermarkets now have many imported varieties and the trend for processed ready meals is growing, but farmers’ markets are still popular and the emphasis is on the land or the origin of the products. Buying at least a few locally grown foods is not only good for the environment, it’s generally better for you because they are fresher and have less time to lose their nutrients.

Small dishes in the big ones

Rather than having a big main course, the French, although the culture is changing slightly on this point, will often have the three traditional dishes: starter, main course and dessert. You can probably add cheese to it as well. This is because they are ready to spend time eating.

Still or sparkling water is the preferred accompaniment to French meals. Obviously, many French people will also have wine with their meals, but it will normally be a small glass or two, and not the size of a bucket, as seen in the UK. Apart from the giant glasses of wine, another thing that is not part of the traditions of the French, you will rarely see on a dinner table is a pint of beer or soft drinks.

It is impossible to fully cover the culinary specialties and all the deliciously prepared little dishes that abound in the different regions of the country. Whether it’s beef, pork, veal, rabbit or poultry, bring out your biggest cast-iron casseroles and your prettiest terrines, our recipes are endless! There are indeed many regional culinary traditions, so that it is ultimately impossible to present French cuisine on a single plate: each region has its know-how, its culture and its local products.

Savory or sweet pancakes available in more than 200 different recipes in Brittany, chicory with ham and Maroilles in the North, duck breast and foie gras in the southwest, raclettes and tartiflettes in the Alps, sauerkraut and Flammeküeche in Alsace, bouillabaisse and pesto soup in Provence, snails and coq au vin in Burgundy … One thing in common on the tables of these different regions: bread. The famous “baguette tradition” that cannot be found anywhere else is the most famous food in the traditions of the French. Whether it is the original (white crumb), or declined according to the desires (sesame, five cereals, sourdough …), very rare are the meals which do without this bread so dear to the French. Because bread is entirely part of what we call here “local products”, such as cheese, wine or meat. They all occupy a prominent place in the cuisine and in the hearts of the French who, despite a small global trend towards the unification of eating habits (especially with fast food and sandwiches), are not ready to part with them.

The French may love their pastries, but treats like éclairs or sweet cakes are usually reserved for special occasions. In many English and American homes, it is a habit to eat pudding after most meals, but in French traditions, we tend to avoid dessert or opt for a healthy but substantial choice, such as a fruit or a yogurt.

If you are interested, you can check out our articles on French habits or French chateau life

If you need more information, don’t hesitate to contact us!