Going to a cafe to enjoy a café with a croissant while looking at the passers by in the street is one of the favourite French activities. And it has been for centuries.

Every French cafes has its regulars, men and women that sit in terraces for hours, to chat away in animated conversations while enjoying the sun. It is more than a habit, it is French lifestyle.

There is a reason it is the case, the particular atmosphere cafés offer is a breeding ground for exchange, conviviality, and great ideas.

At the time of literary meetings, high society and men of letters met either in literary salons or in literary cabarets. Over time, these have been replaced by the literary cafés that flourish in the French capital.

Here are some of the most iconic places in the French capital which are today as famous as the greatest historical monuments that can be found in Paris.

The cafe is the beans of the coffee tree, which are roasted and then grounded, which create the drink of the same name. By figure of speech, a café is an establishment in which drinks ,such as cafes, are consumed.

People of letters meet in these places to have wide-ranging discussions around a drink or a show. This is how iconic literary Parisian cafes came to be.

They hosted great debates and long discussions under their roofs and were for the most part the quarters of great writers, thinkers and artists. We will introduce to you eight of the most iconic Parisian cafes.

The café de Flore is one of the oldest and most prestigious café in Paris. It is located in Saint-Germain-des-Prés in the 6th arrondissement.

Le café de Flore owes its name to a sculpture of the ancient goddess named Flore located on the other side of the boulevard where the café sits.

In 1913, Le café de Flore was the favourite spot of Guillaume Appolinaire, a famous french poet, who turned the place into an editorial room with other writers and friends.

The world of cinema and theater also meets there regularly. Indeed, Marcel Carné meets Serge Reggiani there, Jean-Louis Barrault leads his troupe to the Parisian café too.

When Paul Boubal bought Le café de Flore in 1939, a new intellectual elite frequented the café, in particular Jean-Paul Sartre (french philosopher) and Simone de Beauvoir (french writer), who made it their headquarters.

The name “Les Deux Magots” comes from the two Chinese figurines that were the sign of a silk store which had occupied 23 rue de Buci since 1812.

In 1873, the store moved to Place Saint-Germain-des-Prés, opposite the eponymous church, one of the oldest in Paris, necropolis of the Merovingian kings.

In 1884, the shop was replaced by a liqueur café frequented by Verlaine, Rimbaud and Mallarmé.

Bought by Auguste Boulay in 1914, the cafe is still in the hands of his descendants.

From the 1920s, Les Deux Magots became the meeting place for many artists and intellectuals such as Guillaume Apollinaire, Louis Aragon or Picasso.

Surrealism was born there under the aegis of André Breton and existentialism around Jean-Paul Sartre and Simone de Beauvoir.

In 1933, the “Prix des Deux Magots” was created to counterbalance the “Prix Goncourt”, which was deemed too academic.

This iconic Parisian cafe of literary legend was also the scene of movies such as Rabbi Jacob and Intouchables and the scenario of Star Wars VII would have been conceived there by J. J. Abrams and Lawrence Kasdan.

Le Procope is quite simply one of the oldest café in Paris.

Founded by an Italian from Palermo – Francesco Procopio dei Coltelli -, the Procope opened in 1686. This was the first place in Paris where you could enjoy a seated coffee and read the press quietly.

Famous in all aspects, it is particular for having been the scene where many outstanding projects were developed, such as the writing of articles in the Encyclopedia by Diderot or the preparation of the American constitution by Benjamin Franklin.

Undoubtedly, the place today is more touristy than literary or philosophical.

It is possible to admire the painted portraits on the ground floor, the reproduction of the Declaration of Human Rights, Napoleon’s hat or the inscriptions “Citoyens” and “Citoyennes” (Citizens) on the bathroom doors.

Situated in Boulevard du Montparnasse, edge distance of the Observatory gardens, a green terrace gives its name to this major place of literature.

La Closerie des Lilas is one of the iconic Parisian cafés of artists and intellectuals who have animated the life of Montparnasse, especially around the Vavin crossroads.

In 1847, the first Closerie des Lilas was built by François Bullier.

Bullier created the “Mardis de la Closerie”, (Closerie’s Tuesdays) an intellectual meeting where poets would exchange and declaim verses to the assembly.

At the start of the 20th century, Paul Fort, later elected “Prince of Poets” following Verlaine, Mallarmé and Léon Dierx, played chess with Lenin there.

Apollinaire and Jarry joined them, soon followed by the painters of the Bateau-Lavoir who came from Montmartre to Montparnasse to mingle with the poets of La Closerie.

It was on the restaurant terrace that Fitzgerald had Hemingway read the manuscript of The Great Gatsby, this masterpiece published in 1925 and recently adapted on screen.

Since 2006, the jury for the “Livre incorrect” award has met there at the beginning of each year.

With its breathtaking view of the Opera, the café de la Paix has seen many writers walk in since 1862.

In the purest Napoleon III style with its gilding, its columns and its ceiling painted by Charles Garnier, it was first the restaurant of the Grand Hotel located at 2, rue Scribe.

Maupassant comes there regularly, as does Victor Hugo and Émile Zola.

Before moving to Drouant, the first meeting of the Académie Goncourt took place at the café de la Paix and the award was presented to Joseph-Antoine Nau for “Enemy Force” on February 26, 1903 in a lounge of the Grand Hotel.

Hemingway regularly frequents the establishment, he will locate passages of the Sun rises there too.

You won’t miss La Maison Rose (the pink house) with this attractive distinct pink color on your way to Sacré-Coeur.

It is located close from the Montmartre Museum and the Saint-Vincent Wild Garden.

It was at the turn of the 20th century that Laure Gargallo, wife of a painter, model for Picasso and friend of the great artists living in Montmartre, bought the house, painted it pink and opened a small family canteen for her artist friends.

This iconic Parisian cafe is beautiful in design and has been frequented by well-known writers, artists, actors and political leaders.

The most famous people that has been patronizing the establishment were Earnest Hemingway, Émile Zola, Pablo Picasso and Oscar Wilde

As the years went by, the establishment experienced some difficulties, especially in the 1970s, a period during which “the pink house” was repainted… in white! Lucky for us, it has now regained its pretty pink color.

In this iconic Parisian cafe from Montmartre, the literary spirit let your imagination run wild. Parisian cafes are not only old establishments; they are real museums, places of memory which preserve the spirit and the culture of the characters who marked their time

La Brasserie LIPP (the Lipp brewery) was founded in 1880 by an Alsatian.

The establishment was guaranteeing quality products at low prices. Dishes like cervelas remoulade, sauerkraut and beers.

It has nonetheless become a temple of All-Paris where the pace of the customer determines his place in the restaurant: “hell”, the upstairs room, “purgatory”, at the back, or “paradise”.

The french president François Mitterrand was familiar with the establishment, that was the place where one always meets celebrities, in politics, fashion or cinema.

It is also there that Georges Pompidou and Valéry Giscard d´Estaing two major political figures met on September 7, 1965, during a very famous reconciliation dinner.

Many parliamentarians from both chambers have always come to lunch there. To ensure that they do not miss their appointment, the clock is advanced by seven minutes, the length of the journey between them and the National Assembly or the Senate.

But Lipp is also the restaurant where authors, editors and writers meet. Saint-Exupéry, Picasso and other great artists were regulars at the brewery, as were many other famous actors, such as Jean-Paul Belmondo and Jean-Pierre Marielle.

A neighbor of the Deux Magots and the café de Flore, Lipp has also awarded since 1935 a prize for an author who has never had another literary distinction, the “Prix Cazes”.

If you want to know more about french art de vivre, here are some other articles that would interest you.

Article on French wines or genesis champagne. The champagne is an art of living. 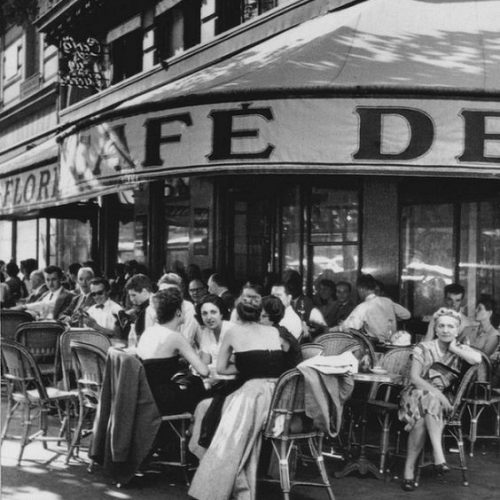 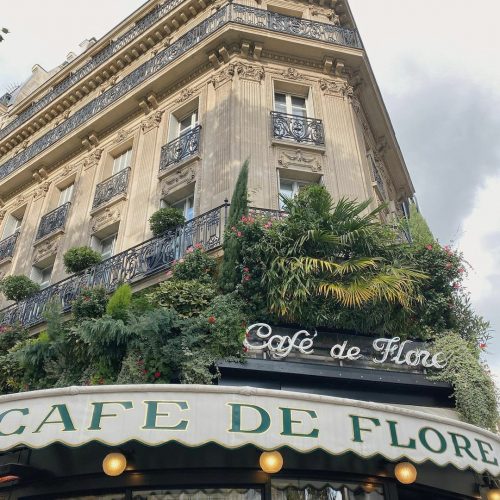 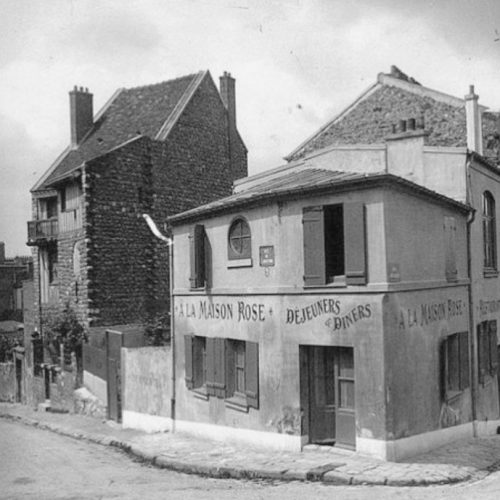 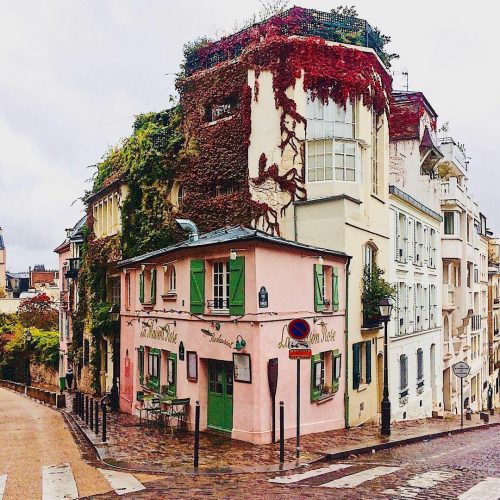 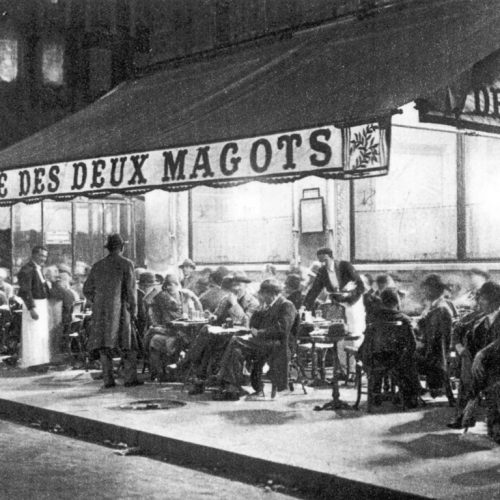 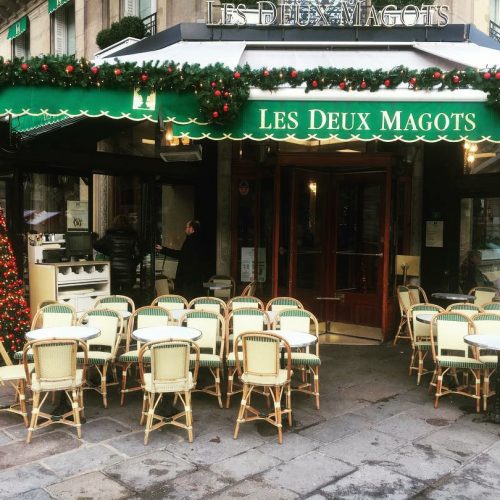