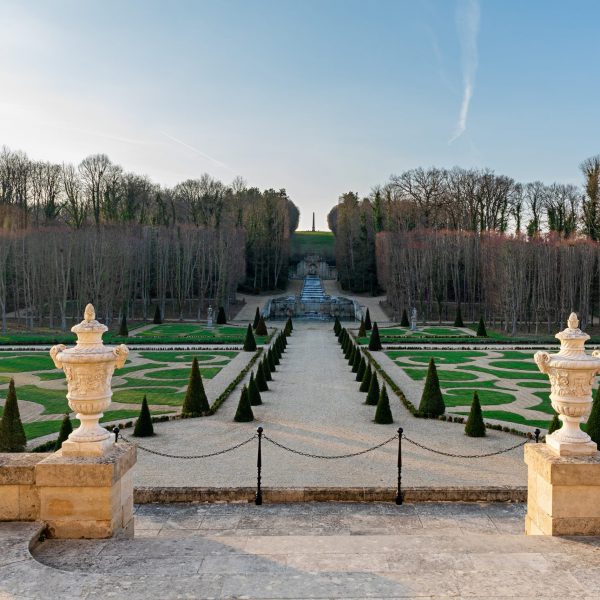 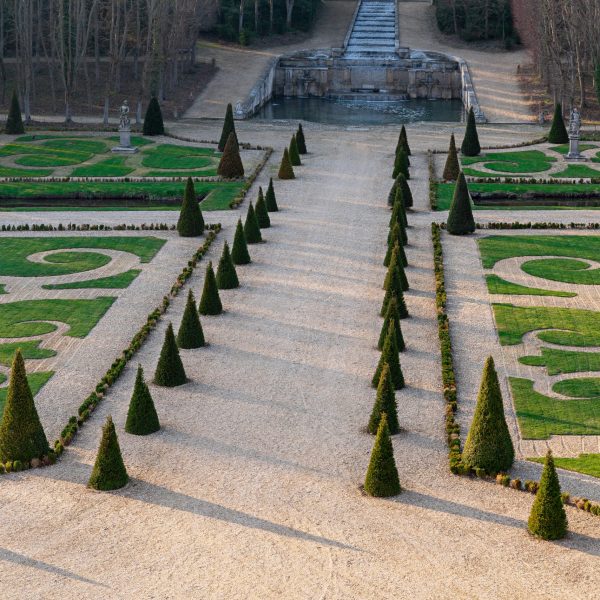 How many castles are there in France?

It is difficult to have a precise figure on the number of castles in France. The Ministry of Culture lists nearly 11,000 monuments, but these are only listed castles. If the owner has not taken any steps to have his castle registered on the list of French historical monuments, it does not belong to this count.

There are many castles in France; it is therefore estimated at 45,000: just over one for each of the 36,000 French municipalities. Castles are an integral part of French Art of living.

Where are the many castles in France?

Castles are spread all over France, but some regions are richer than others. The Dordogne department (numbered 24) for example is nicknamed the land of a thousand and one castles. It was indeed the scene of the Hundred Years War, and the French and English kings granted there the right to build castles to all the lords who pledged their allegiance. The Loire Valley has been included on the UNESCO World Heritage List because of its strong representation of French Art of living.

The different locations of the court of the Kings of France depending on the period allowed the building of sumptuous castles, as was the case during the Renaissance in the Pays de la Loire. Until the end of the 17th century, the court was indeed itinerant and it did not settle until Louis XIV opened the doors of the Palace of Versailles, representation of French Art of living in France and abroad, which it settled between the Marne and the Île-de-France.

Castles still have noble origins. They are a reflection of the history of France and French Art of living. Since the Middle Ages, these prestigious monuments have been constructions intended to house kings and lords. They are usually built like fortresses, in order to be able to defend them, with walls, fortifications, a dungeon, sometimes a moat. Gradually, the castle became a place of residence. The constructions of the last centuries emphasize the refinement and aesthetics of exceptional buildings.

The many castles should not be confused with the manor. The difference between a castle and a manor is that the latter is smaller and is usually located in a village, built by wealthy landowners, which has now become a commune.

A castle is a residence reserved for a person of high nobility, unlike a manor, a fortified house, reserved for the lower nobility.

80percents of the French castles are owned by private individuals. The price of Castles in France goes generally up to 3.5 millions euros.

We can distinguish 3 types of castles according to their openings and their gardens:

Fortified castles are purely defensive. As such, they have small single-leaf windows and do not have a pleasure garden. Living in a fortified castle must have been a sad environnement.

Renaissance castles appeared with the end of the Hundred Years War. It was no longer necessary to go to war. We therefore let in the light by adopting mullioned windows. In addition, there are ornamental gardens such as the Diane de Poitier garden and the Catherine de Medici garden in Chenonceau.

The classic castles were born with the mastery by the carpenters of large wooden windows during the reigns of Henri IV and Louis XIII. The architecture of the Place des Vosges in Paris marks its advent. In addition, the castles are created ex-nihilo with long symmetrical facades, in large property with the perspectives of French gardens and lakes. The archetype is of course the Palace of Versailles.

Here is the top 10 of the French most beautiful castles:

The Château de Versailles, in the Yvelines

We cannot begin the classification of the most beautiful castles in France without talking about the most famous: the Palace of Versailles of course! Indeed, the official residence of the Kings of France and its gardens rank second among the most visited cultural sites in France, just in front of the Eiffel Tower. With its 6.32 hectares, its 2,300 rooms and its Hall of Mirrors, the castle, built on the orders of Louis XIV, never ceases to make visitors dream.

The Château de Chantilly, in the Oise

Located in the heart of a forest estate of 7,800 hectares, the Château de Chantilly was built under the orders of Constable Anne de Montmorency in 1528, on the site of the old fortress. If it was damaged during the Revolution, it was restored at the initiative of Henri d´Orléans, Duke of Aumale. It is in fact the latter who constituted the collection of works of art installed in the castle museum.

The Château de Fontainebleau, in Seine-et-Marne

What would this classification be worth without the Château de Fontainebleau! It was indeed the home of the Kings of France from the coronation of Louis VII in 1137 until the fall of the Second Empire in 1870. Today, it houses a museum dedicated to the Emperor Napoleon I and his family.

The Château de Castelnaud, in the Dordogne

The castle of Castelnaud was built in the 12th century on a cliff overlooking the Dordogne, which gives it this imposing appearance. It currently houses a museum of medieval warfare as well as war machines.

The Château de Chambord, in the Loir-et-Cher

Certainly the most emblematic of all the castles of the Loire, the Château de Chambord never ceases to make visitors dream. The construction of this castle was ordered by François Ier. In particular, it has 440 rooms, 365 fireplaces as well as 13 main staircases.

The Château de Chenonceau, in Indre-et-Loire

The first thing that stands out when you admire the Château de Chenonceau is the impression of floating on the Cher. Built in the 16th century, it has notably hosted Diane de Poitiers and Catherine de Médicis, who have marked the history of this castle.

The Château d’Ussé, in Indre-et-Loire

If you think you recognize the architecture of the Château d’Ussé, nothing less surprising: it is the castle that inspired Charles Perrault, the author of Sleeping Beauty. Built between the 15th and 17th centuries, it is a private estate open to visitors, since it belongs to the 7th Duke of Blacas.

The Château of the Dukes of Brittany, in Loire-Atlantique

This castle was none other than the residence of Anne of Brittany and it was reopened in 2007, after extensive renovation work. Note that the castle of the Dukes of Brittany is still the 13th most visited French monument. It attracts over a million visitors each year.

The Château de Saumur, in Maine-et-Loire

The Château de Saumur is a medieval and Renaissance-style castle, which was the residence of the Dukes of Anjou in the 14th century. It has been under construction for a few years to regain its former splendor.

The Château d’Amboise is a Gothic-style castle which belonged for 4 centuries to the illustrious family of Amboise, before being attached to the crown in 1434. It thus served as a residence for many Kings of France during the Renaissance. 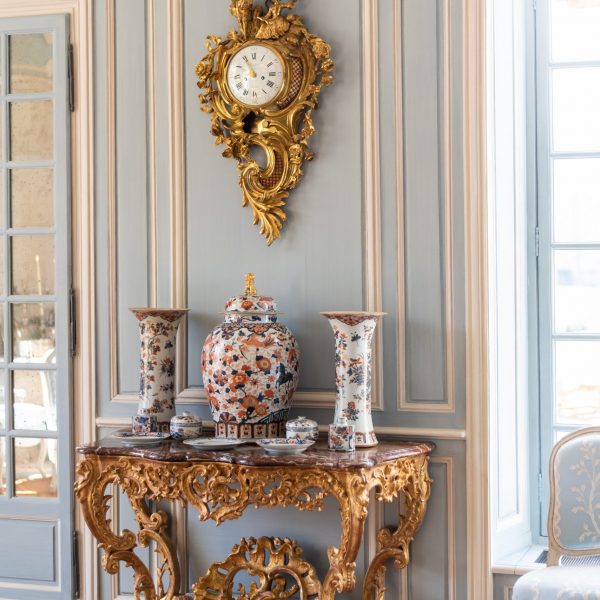 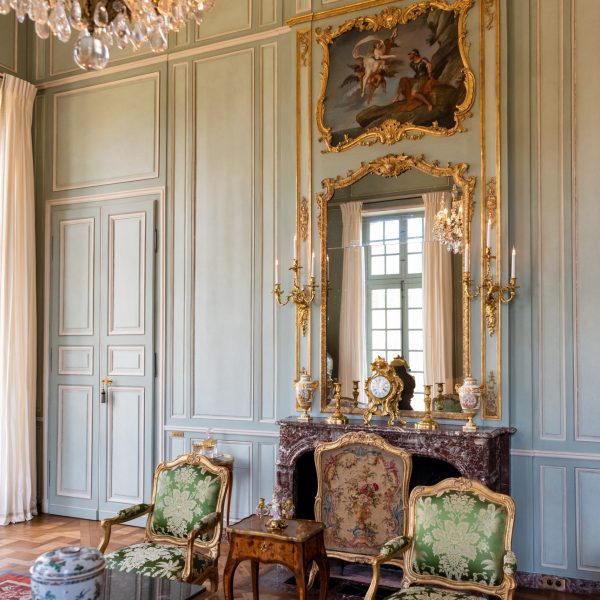 If you liked learning about the many castles in France and want to learn more about French art of living click here to discover our other blog articles, we talk about cheese and wine for example, yummy !

Thinking about renting one of the many castles ? If you think about planning an event in France, check out our event planning company.

If you need anything, please feel free to contact us, we love hearing from you.